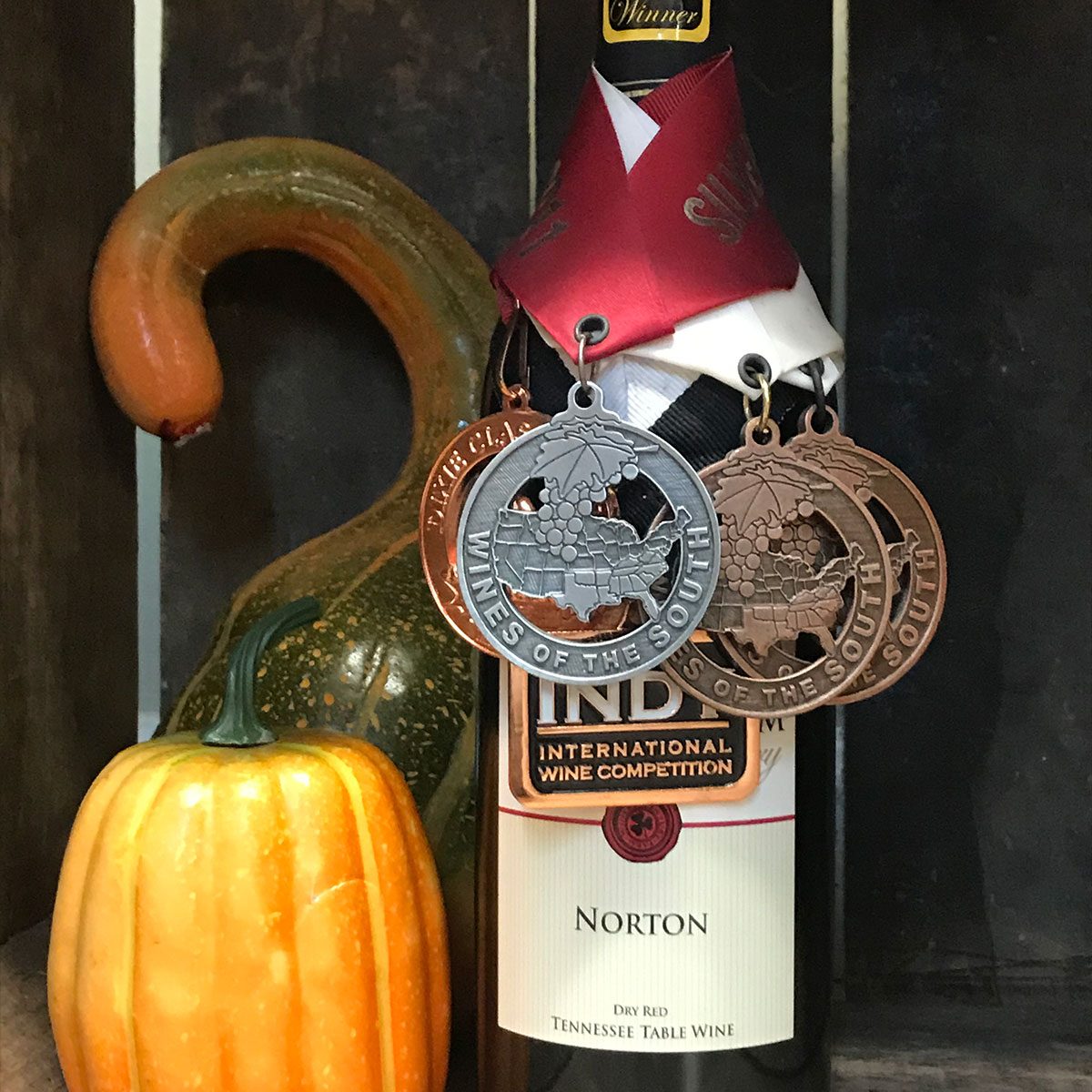 Purchase 3 bottles and save 20%

Known as the State Grape of Missouri and often referred to as the Cabernet of the Ozarks. Norton is an American native grape that was influential in saving the wine industry in the late 1800’s through grafting of European vitis vinifera and native vine roots to cease the spread of Phylloxera. Also know by some as Cynthiana, the Norton/Cynthiana wines have gained recognition, not only in America, but throughout Europe.

Norton is comprised of high acid, light tannins and lower balanced alcohol. Younger vines produce concentrated flavors of blackberries, black cherries, chocolate and vanilla while older vines may appear spicy with earthy aromas. Aged in our American oak barrels, you may detect a bit of oak in the nose and palate. Due to the high acidity Norton is a good match for anything rich such as steaks, creamy sauces, cheeses and barbecued meats.