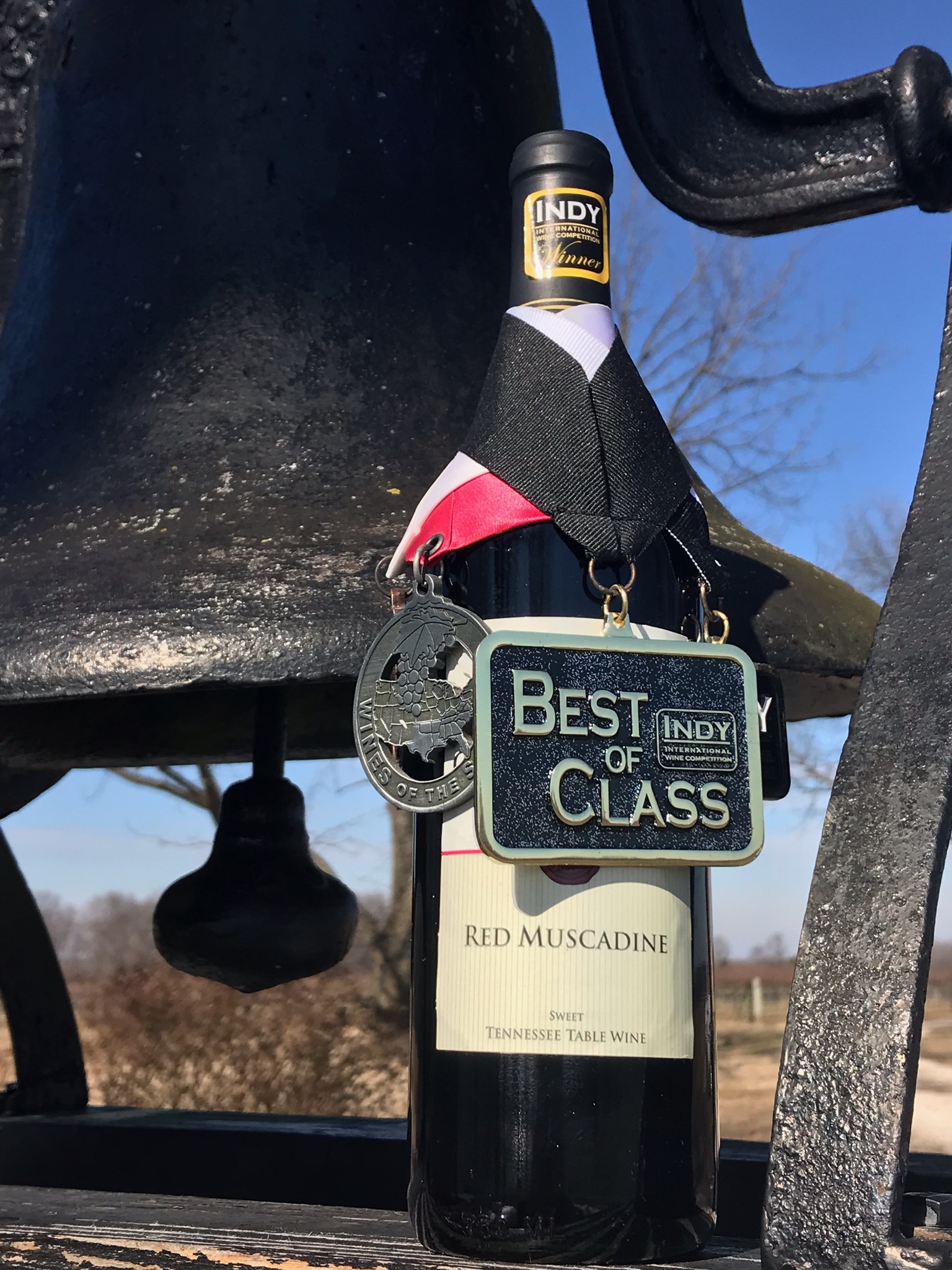 Native to the southeastern and south-central United States from Florida to North Carolina, west to eastern Texas and Oklahoma. Muscadines have been extensively cultivated since the 16th century. The plants are well adapted to their native warm and humid climate; they need fewer chilling hours than better known varieties and they thrive on the summer heat.

A slightly sweet deep red wine made from the black muscadine. Another southern favorite, where these grapes grow even in the wild. Muscadine Wine should be named Memory Lane since so many folk remember their parents and grand-parents making this wine in a crock. Serve chilled.

*Wine Of The Month Deal only available on purchases made at the Winery.